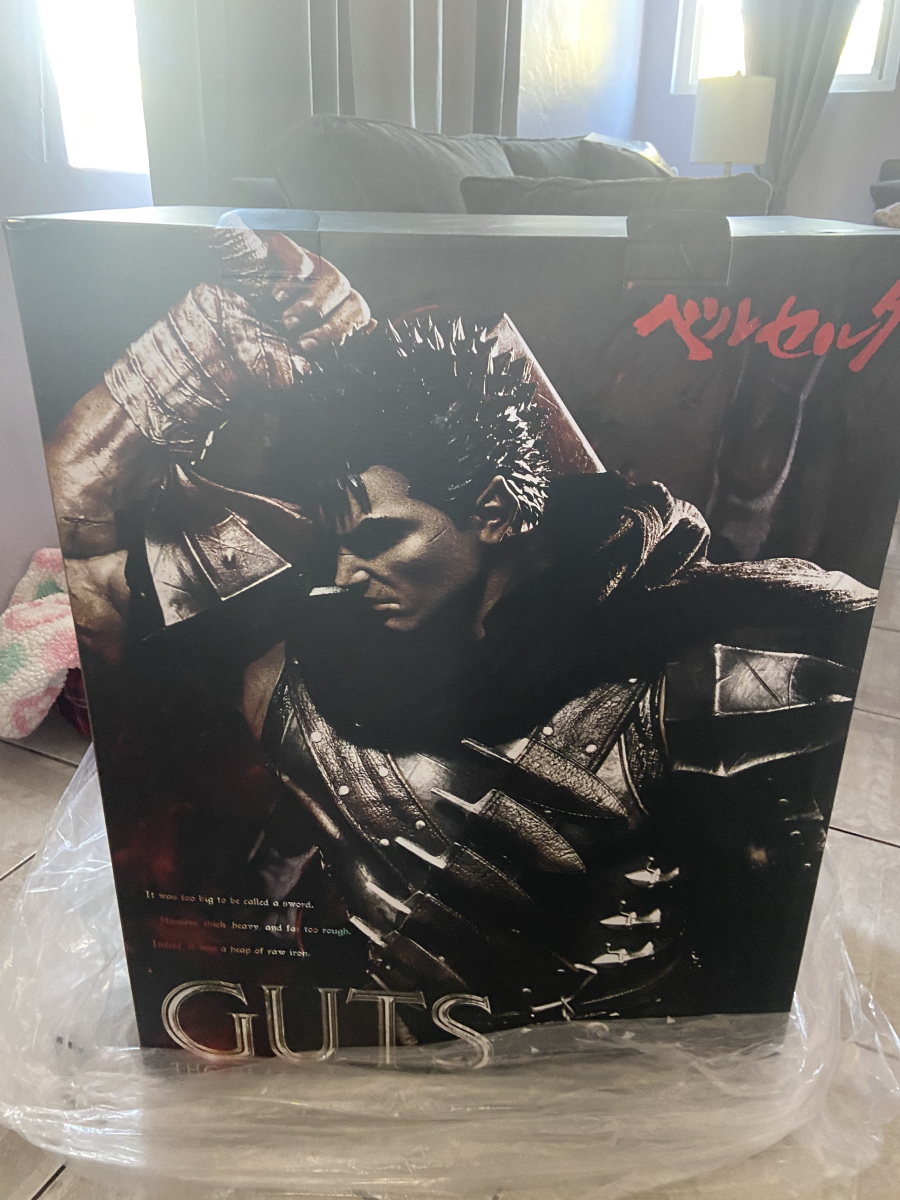 
Guts, The Black Swordsman Berserk has surpassed the Sauron Sideshow Premium Format as my favorite statue in my entire collection. Being my first 1/3 scale statue, can I see why people love this scale over any other. The majority of my collection consists of 1/6 and 1/4 scale statues, and this one completely towers over all pieces in my collection. It has such a massive presence in my room, it’s definitely the center piece in my collection!

Long sold out, I originally I eyed this statue back when it was still available at the Prime 1 Studio website. At that time, I opted to not buy it, and instead purchased the Threezero Guts Berserker Armor 1/6 figure. After watching many unboxing and reviews on YouTube, I later completely regretted my decision of not buying the 1/3 scale Guts, The Black Swordsman Berserk by Prime 1 Studios statue. So my hunt for this statue started. My biggest mistake of not purchasing the statue back when it was still available was just a start, I soon realized how I under looked the massive cult following Berserk has. This manifested itself in people asking for outrages prices for this statue. I was certainly not going to be paying what eBay sellers were asking, so this meant I was going to find this statue either by a local seller or by a Facebook statue collector group.

As luck would have it, someone was selling the statue on a Facebook statue collector group for a really good price. Buying from a Facebook statue group seller, you have to do your due diligence. Since unfortunately scammers are real problem. In my case, the seller was from California and his profile looked legit; a quick Google search I was able to confirmed that I was dealing with a real person and not a scammer. Also, the seller was including an option to pickup the statue. So given that the seller was in California, I choose the option to pickup the statue. Unfortunately I soon realized that my car was not big enough to fit the two massive boxes! This lead me to go for the shipping option. The seller was very quick informative and commutative, so just two days later I had the statue in house. Overall, I was extremely lucky that I buying from a trusted seller.

About the statue itself. It is my favorite piece in my collection! I have 442/600 Deluxe Edition. The statue comes with four head sculpts, each head sculpt has its own stand if you want to display them along side the statue or anywhere else. 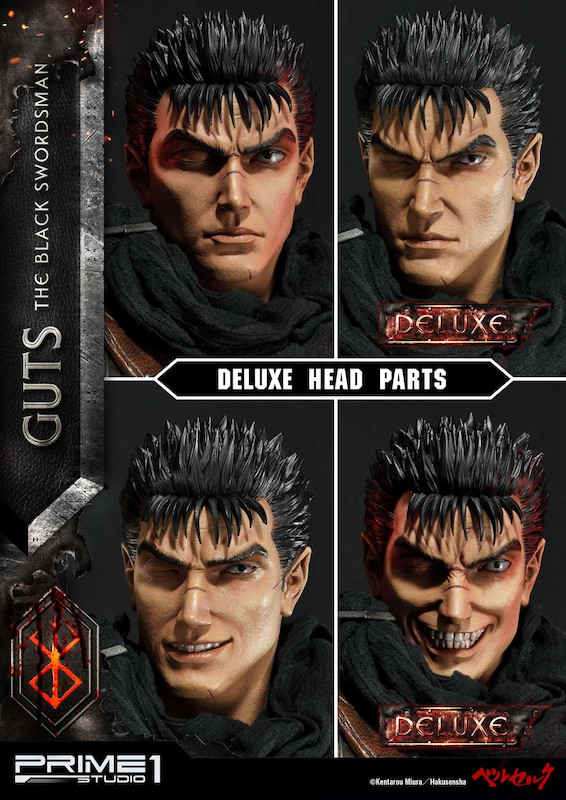 Also the statues has two poses, one where Guts is holding the massive Dragon Slayer sword posed behind his back and the other where he is holding the Dragon Slayer sword in front of him. I opted with the latter display, however this is going to be one of the few occasions where I’m to be switching displays as both are equally good. In addition to the different head sculpts and sword display options, the statue comes with two variants of Puck that go on top of Gut’s left shoulder. For this display option I opted to not use it at all, mainly because just trying to put in the Puck into Gut’s shoulder, I was scared that I was going to break the statue! I like the cloth cloak that the statue comes with, however this makes it extremely difficult to insert Puck. Lastly, the base on this statue is extremely heavy! 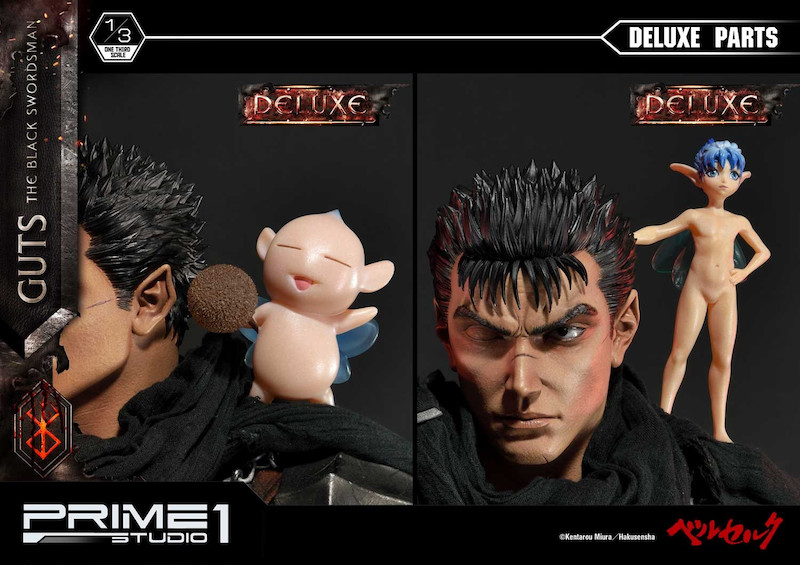 I can’t wait to receive my 1/3 Geralt of Rivia statue by Prime 1 Studio as both statues will pair beautifully and more importantly both will showcase two of my favorite protagonists in all of Fantasy.