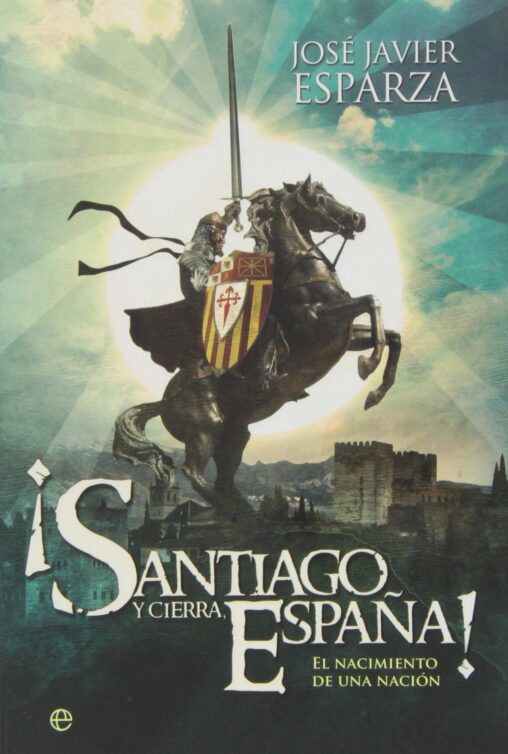 ¡Santiago y cierra, España! (St. James, Close, and Spain) is the third and final volume by
José Javier Esparza on the Reconquista. This book starts after the Battle of Las Navas de Tolosa. This particular era of the Reconquista (1212-1492) is really well documented, so I was surprised to see that this book was not as massive as the previous volume Book Review – Moros y Cristianos. This is my only negative view of this book, as it could’ve easily been another 1,000 page chunker, but it was barely half of that.

In this book we get to read about the epic crusades waged by James I of Aragon and Fernando III of Castile and Leon, the crusades to capture the straight of Gibraltar in the 14th century, and concluding with the crusades to conquer The Kingdom of Granada. If their is one era of the medieval Spain that I’m somewhat less knowledgeable in, is the 14th century (1300-1400). So to me this book was an introduction to that century, or terrible century since now I know why that century didn’t really made much progress in the expansion in the Iberia Peninsula. In addition, I learned the involvement and collateral damage The Hundred Year’s War caused in the Spanish realms.

The subtitle of this book “El nacimiento de una nacion” (The birth of a nation), is rather interesting since the latter portions of this book make the argument on why all Christian realms of Iberia Peninsula (including Portugal) end goal was unification.

To conclude, I must mention that the term “¡Santiago y cierra, España!” is originally a battle cry shouted by Spanish crusaders. Thus said, contemporary this phrase is also used (or high-jacked) by ultra far-right fascists in Spain. While I don’t know what are the author’s political beliefs, not once did I had an impression that these books were written with a biased political views associated with them. Of course theirs some nationalism associated, but this doesn’t affected how the historical events are presented to the reader.

If you want to learn about the epic events of what is known to history as the “Reconquista”, I would definitely highly recommend anyone to read this book series.

As the cliché phrase states “Something ends, something begins”, with this book the Reconquista ends, and new era begins and that is the “Age of Discovery”. Of which this had already manifested long before the fall of The Kingdom of Granada, with the expansion of Portugal into Africa, and of The Crown of Aragon into the Mediterranean. Knowing how everything is interconnected gives me more appreciation to how fascinating history is.