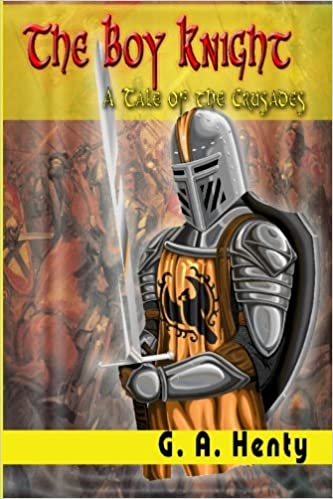 The Boy Knight: A Tale of the Crusades by G. A. Henty is a coming of age story about a young English boy named Cuthbert who lived around the time of The Third Crusade. The story has great examples of friendship and chivalry. After all, it was originally aimed for children.

The story starts in England, with our hero performing heroic deeds, which later we see him joining the English armies that would go on crusade to the Holyland to recapture Jerusalem. In here, we see the calamities and successes the crusader armies had during The Third Crusade, and how our protagonist fits into these events. For a complete fictional story, the historic events that occurred during the Third Crusade are exceptionally well described in this book. Obviously, certain changes had to be made to fit the young Knight into the narrative of the story.

One interesting comparison between this story and the book The Boy Crusaders, is the rivalry between the English Saxon and Norman ethnic characters, while on the latter it was an English and French (non-Norman) rivalry.

Overall, this is a great story with many heart warmth examples of human dignity, regardless of religion.