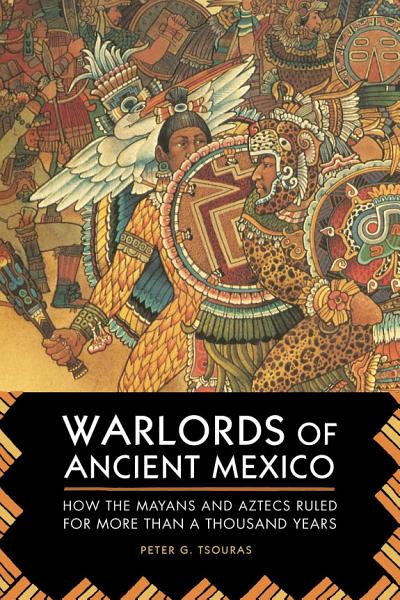 This book is awesome! Warlords of Ancient Mexico: How the Mayans and Aztecs Ruled for More Than a Thousand Years is a book that describes pre-hispanic warfare, why the city-state and kingdoms fought with each other and the politics surrounding them. Not giving any specific spoilers, religion and imperial expansion were the primary reasons. The book starts with the wars of the Teotihuacans with the Mayans, and ends with fall of the Mexica Empire.

I have a fairly good knowledge of how medieval European aristocratic ruling classes were structured. So it’s fascinating how incredibly similar medieval Europe and ancient Mesoamerica were. The privileges of being from a noble lineage is no different in Europe than in Mesoamerica. So much so, that it also contributed to military ranks. Drawing comparisons from a knight, and a certain native warrior, lordship and vassalage. In fact, the author includes many examples of major events in Mesoamerica compared to Europe. Like the fall of The Toltec Empire in the Mesoamerican world was almost equivalent to the fall of The Roman Empire in the European world, to name a few.

Mesoamerican warfare is the focal point of this book, but honestly if you’re just interested in learning about the vast amount of ancient kingdoms, then this book is definitely worth reading. Generally speaking, Mexicans have a distorted view of their pre-hispanic history (that’s another story for another day), so learning about the non-Aztec people was very enjoyable.

The only negative I have about this book is that it covers very little concerning the Maya world as it’s mainly focused on the Nahualt world in Central Mexico, though the Tarascan Empire is mentioned. After-all they were fierce foes of the Aztecs. I  would’ve love to read more about their unique and fascinating history.